You see, back in May last year I started my journey towards financial independence with an index approach, which basically means that you purchase a weighted basket of global large cap stocks stretched out over a certain period of time. While I still believe that index investing, either through passively managed funds or ETFs, is a great strategy if you want a hands-off approach, dividend growth investing caught my eye.

And I haven’t looked back since.

At first, the main reason why I was drawn towards dividend growth investing resulted from the passive income that it offered. You see, I’m a big fan of having a stable cash flow at my disposal rather than having to sit on a volatile pile of money. It’s a psychological and not entirely rational thing, but it is what it is – investing remains a personal affair, after all.

And therein lies the first dose of growth that dividend growth investing has to offer.

Because your total income, irrespective of whether it’s passive or active in nature, increases over time, you’ll be able to save more and thus invest a higher amount of money each month in absolute terms. As such, the increased cash flow helps you to build an even larger future dividend income stream.

Many people take advantage of this effect by partaking in a dividend re-investment plan, which automatically re-invests any dividends received into the stocks paying them. Being the contratian fellow that I am, I prefer to re-invest the dividends as I see fit myself – the outcome remains the same.

While this re-investment effect remains relatively small within my own portfolio in absolute numbers at this point in time, it’s still noticeable. The €400 in dividends I’ve received so far this year have already contributed to about €10 in additional income next year at my average net yield-on-cost of 2.5%.

Now multiply these numbers by ten and you’ll really start see the power of what I like to call the external compounding effect of dividend growth investing in all of its glory.

Despite all of the above, I discovered that the dividend strategy offers an even better proposition after reading up on what lies at its core, namely the growth of the dividends themselves. I noticed that folks like Dividend Growth Investor, Dividend Mantra and DivHut were not just picking up stocks that paid a dividend here and there – they tried to seek out companies that are likely to increase their profit distributions each year.

That’s the second – and easily the best – part of the growth equation at work.

Contrary to the external compounding effect described above, there’s nothing you have to do to enjoy this internal type of compound growth. Some companies are simply hell-bent on offering investors a progressive income policy, so they’ll reward you with a larger piece of their profits year-in year-out, whether you want it or not.

Let’s take the example of Roche Holding (VTX:ROG). This Swiss pharma giant has managed to safely boost its dividend for 28 consecutive years at an average annual growth rate of almost 15%, meaning that a first-time investor would have seen his dividend payment grow from 2 CHF in 2005 to 8 CHF this year. Amazing, right?

Similarly, investors who initiated a stake in the Belgian brewer Anheuser-Busch InBev (EBR:ABI or NYSE:BUD) in 2005 have enjoyed a 20% dividend growth rate the past ten years. True, during that period the dividend was cut once in 2008 to allow for the acquisition of Anheuser-Busch, but at no actual cost to the investor, especially in the long-term.

In my view, these numbers should excite all types of investors. Just ask yourself, did your job’s paycheck quadruple over the past ten years like Roche’s dividend has? I bet it hasn’t! And if it has we need to sit down and talk about how to negotiate a salary increase.

Obviously, a dividend growth investor hopes to achieve a double dip. On the one hand, he’d love to take advantage of the compounding effect behind re-investing his passive income, while on the other hand also enjoying an aggressive dividend growth rate from the companies he’s invested in. And rightly so!

Strangely enough, both the external and internal type of compounding result in a similar effect, even though they in essence differ from one another.  That’s because they both lead to more future income, albeit in a different way.

You see, external dividend growth is palpable. You receive cash money, you re-invest that cash – done.

Internal compounding isn’t. It’s a completely different beast because you don’t have to do anything.

Imagine you owned 10 shares of AB InBev which returned €2.45 in gross dividends during the previous financial year, but found out that they managed to pay you €3.00 a share this year. That’s €5.5 in additional income, which you’d otherwise have to invest at least €170 for at the 3.2% yield that the company was sporting at the start of this year. The key difference being, you didn’t have to at all.

And that’s why double dipping is awesome! Sometimes you receive additional income because you simply continued to re-invest your dividends, whereas other times the extra income comes naturally and organically.

Of course, there are ton of arguments against pursuing a dividend growth strategy, but every investment style has its good and bad sides. I know that most of my dividends are heavily taxed, for example. And I’m well aware of the fact that a passive indexing approach might build my net worth faster, but there are a couple of reasons why I don’t compare my performance to an index.

However, if there’s one thing that my brief stint in the stock market has learned me, it’s that you should only pursue what feels comfortable to you. No one but yourself is able to assess your appetite for risk or to determine which incentives help you stick to your strategy and goal. That’s why I’ll continue to double dip for the foreseeable future.

So how do you feel about dividend growth investing’s double dipping? 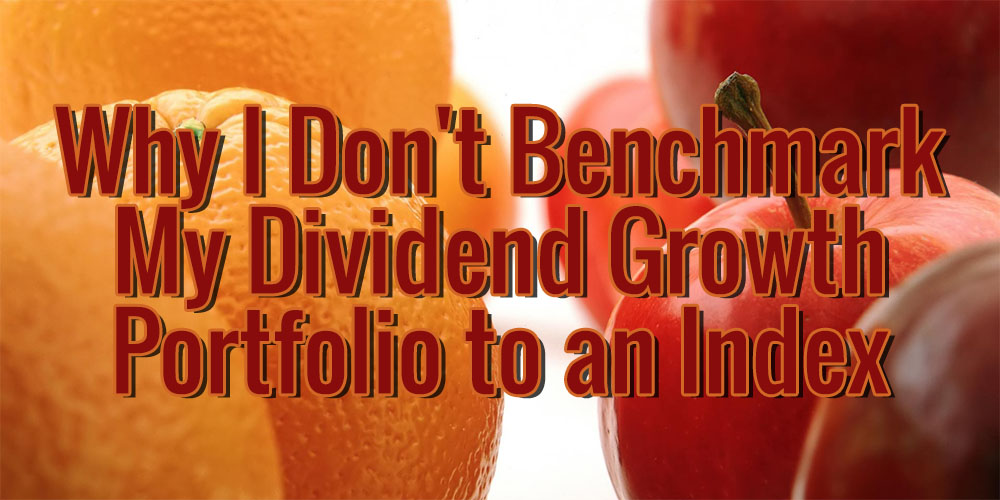