A couple of days ago I had the pleasure of rounding up my 2014 goals and explaining how the past year went – spoiler alert: awesome. Now it’s time to see what’s what in 2015 and set some ambitious New Year’s resolutions. Instead of kicking back it’s important to maintain the 2014 momentum and even try to improve upon it.

Financial independence is indeed not just an end-state, but rather an ongoing process of self-improvement and trying to decrease your dependence on outside sources and forces for both financial security and personal stability. That’s why I’ve also outlined personal development, blogging, and health goals for 2015 on top of my exclusively financial objectives.

My list definitely won’t be as big as the one Huw from Financially Free By Forty conjured up, but gamifying my life to the point I have track almost everything I do with an end-goal in mind just isn’t for me. Five ambitious objectives is more than enough and I’m glad to share them with you.

When I first started to get into financial independence and early retirement some time around March last year, I initially decided I’d go for a 50% savings rate on average. In the meantime much has changed, however. I’ve discovered that there are a lot of cheap yet decent apartments out there, that internet connections don’t cost you an arm and a leg when you don’t buy special all-in-one packs, and that forgoing car ownership saves you up to €400 a month.

That’s why last year I managed to save over 70% of my income on average. Having enjoyed the safe environment of my parent’s home for seven months last year, it’s no surprise that I achieved annual savings of that magnitude. Now, for 2015 I’ve decided to set that exact initial goal even though managing it won’t be easy. Just think of the fact that I’m moving into the savings territory of frugal badasses like the Frugalwoods and you now I’ll have to pull out all the stops.

When translating a 70% savings rate into absolute numbers we’re talking about putting away €1,400 every month since my monthly income hovers around €2,100. That’s a total of €16,800 of extra savings next year, excluding any bonusses now that I’m motivated as ever at work. If everything goes according to plan, of course.

Because December’s portfolio update showed that I’m currently at the €50,000 threshold, it should be a walk in the park to accomplish a sizeable net worth increase in 2015. Someone once said “go big or go home”, so let’s go big and set a very ambitious goal of €70,000 by the end of the year.

To reach that number I’ll definitely need the help of both my well-trained side hustle muscle and the Gods of the Stock Market. The slightest dip in stocks next year could derail this goal, so now I’m even more motivated to crush my savings target of 70% and make sure I get to the seventy thousand mark. In the end, saving a big chunk of your paycheck remains the most important factor in ever reaching financial independence.

3. Achieve €500 in dividends for the entire year

In September of last year I received my very first dividend from McDonald’s, as most of you know. I can’t tell you how exciting it was to see fresh and new capital rolling into my account, no action required on my part. Waking up in the morning was more than enough to receive that free and new income.

Since that time, I’ve slowly been building my dividend growth investment portfolio so that I am sure to receive ever larger monthly payouts. At the moment my 12-month-forward dividend income yields a healthy €350. If newly added capital remains at a constant level from 2014, I’m pretty sure that €500 in dividend income is achievable for 2015. Can’t wait to put in those numbers in my dividend portfolio tracker!

€500 might not seem like much, but that amount accounts for just over 5% of my annual expenses. As such, 2015’s expected passive income should be able to sustain my current lifestyle for 18 days. Simply by owning a bunch of excellent businesses worldwide I’m able to live worry-free for over two weeks already, awesome!

On top of my three main financial goals, I’ve also set some personal development goals for 2015, like I mentioned at the beginning of this post. Being fresh out of university it seems a bit ridiculous to dive head-first into course books and to join extra training sessions, but I feel constant learning, or life-long learning as the European Commission likes to call it, is essential to staying ahead of the curve.

That’s why I hope to sign-up and complete three work-related trainings by the end of the year. Most likely I’ll try to follow an advanced strategic financial management program, a shorter internal audit course, and a traning session on introducing a higher level of efficiency in business processes. I’m really lucky to have an employer who actively promotes further training.

On a more personal level, I also hope to find some free time to sign up for at least one training session in an area that I’m interested in. At the moment I’m thinking of picking up computer programming again, but I might very well go an entirely different route and finally start learning proper German – that way I’ll finally be able to read Lars’ blog. My current knowledge of German is limited to academic language usage only, which is of nu use in the real world.

Last week I was pleasantly surprised to find my blog was read by over 8,000 unique visitors in just six months’ time. It’s crazy to think that so many people might in some way or another be interested in what I have to tell here. Because I’m now more motivated than ever to spread the word of financial independence and dividend growth investing, I’m aiming to serve at least 100,000 page views to my audience by the end of the year.

A couple of months ago my roommate and I first tried to bike to work. Instead of dreading the 70km round-trip we were both more worried about the Brussels traffic, but in the end it turned out to be a fun experience. In the following months we biked to work a couple of times more before it got dark too quickly in the evening. For 2015 I hope to bike at least 50 times to work, which is between 20% and 25% of my workdays.

There you have it. Six goals to achieve in twelve months’ time. I feel pretty positive that I’ll be able to crush all of them. The only goal that’s a bit out of my hands is the net worth increase up to €70,000 because of possible stock market volatility. If that happens I’ll still be a happy camper because that means cheaper stocks and consequently higher dividend yields thus making my dividend income goal easier.

As you can see, having a game plan is much more important than actually achieving it. As long as you can visualise the way forward and give it your all, you’ll be surprised to see how much you can achieve in just one year. That’s why I’m sure 2015 is set to capitalize on the great momentum built-up in 2014.

Contrary to last year, I plan on posting regular updates on my goal progress. That way you guys can follow my journey more closely and I can benefit from the extra pressure and motivation that brings. On top of that the monthly income and expenses reports are here to say, just like the net worth updates. Something new that I’ll probably introduce in the next couple of days is an overview of monthly dividend payments. If you have any further ideas, I’d love to hear them.

How about your resolutions and goals for 2015? 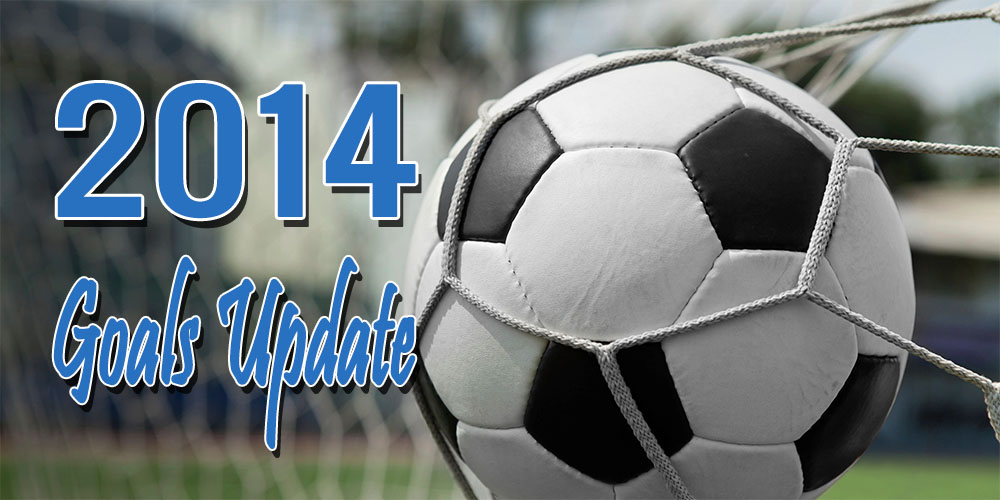 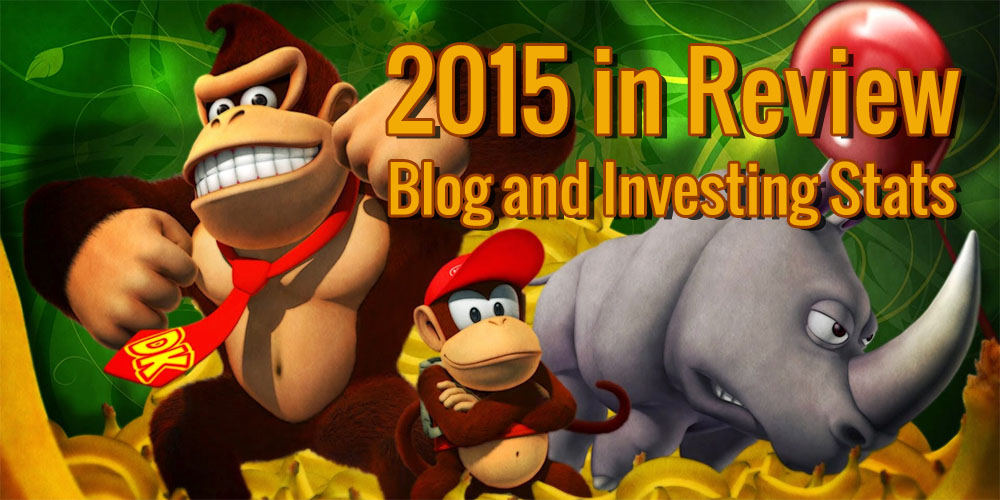